It makes sense. I’ve read the Dutch had a presence in South Africa over the years.

I’m really not a tool collect. Occasionally I might see something that is so rare and unique that it needs to be rescued. Then, and only then, will I buy a tool. I would be surprised if this happens more than once a month. Twice, maybe.

Driving down to see the South African penguins near Simon’s Town, we stopped in town to stretch our legs and wander around a bit. Much to my amazement there was an antique shop there. Having lost track of my wife, I went into the shop to see if she was there. While I didn’t find her, I did find this hollow molding plane: 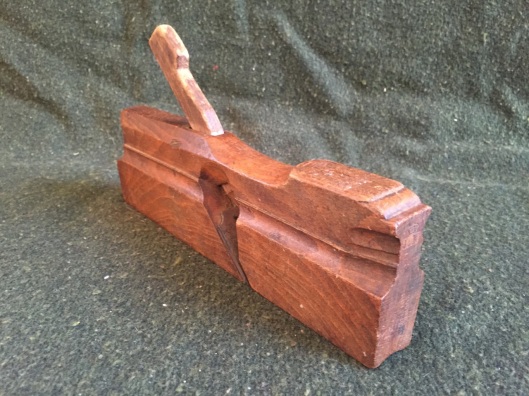 Even less so from the side.

The maker’s stamp indicates this plane was made by J Nooitgedagt of IJlst, Netherlands. Based on the style of the stamp, the plane was most likely made between 1865 and 1945, which narrows things down not at all.

I’m not sure about the owner’s stamp, ZUURDEEG ROTTERDAM, but it could be a furniture company based in Rotterdam. 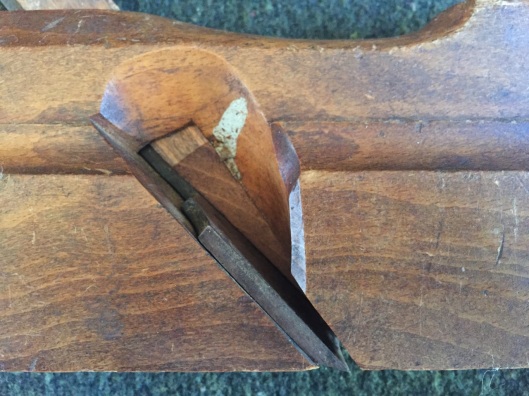 The throat is the same yet different.

The Dutch plane has a recess and a raised area ahead of the blade possibly as a thumb/palm grip.

I checked some current manufacturers of hollows and round to compare their planes to the Dutch example I bought. The two I checked were Old Street Tool, Inc. (formerly Clark & Williams) and UK plane maker Philly Planes. Their standard bed angle is 55° for hardwoods with other angles available upon request.

I thought I had read that Old Street Tools hollow and rounds were 10.5″ long but I cannot find that reference now. I could be speaking out of an alternate orifice. Wouldn’t be the first time.