With everything going on out there, I thought it might be nice to look at a few (slightly) amusing things I found at a recent auction. First up is this chair:

Note: Purchased by consignor in Venice.

We’ve all seen various versions of this chair and wondered what’s its story.  From Wikipedia:

A curule seat is a design of chair noted for its uses in ancient and Europe through to the 20th century. Its status in early Rome as a symbol of political or military power carried over to other civilizations, as it was also utilized in this regard by Kings in Europe, Napoleon, and others.

My question: Does it fold? 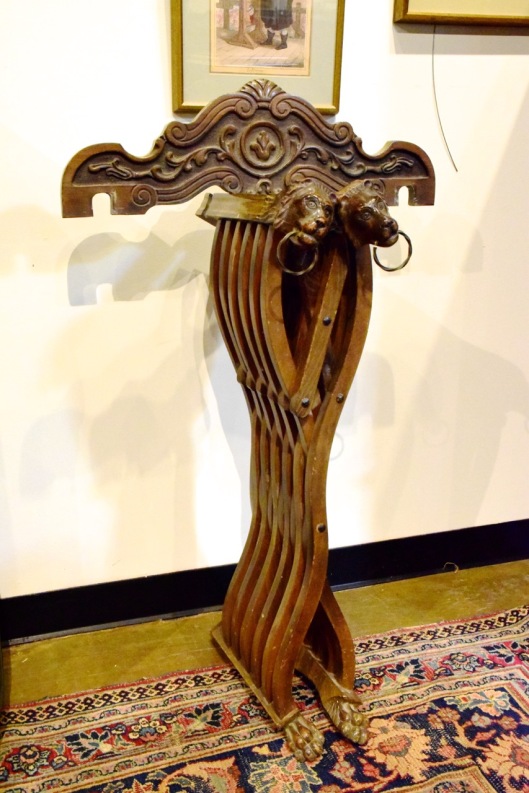 And the lions match: 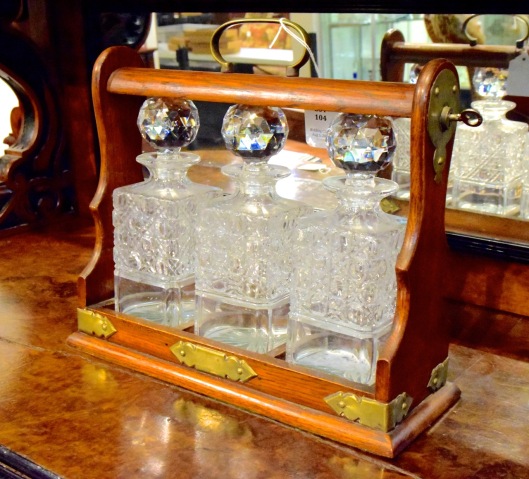 An attractive and interesting way to carry and display your best liquor. Then you notice the lock on the handle:

It won’t prevent theft but it might reduce pilferage.

A Tantalus is a small wooden cabinet containing two or three decanters. Its defining feature is that it has a lock and key. The aim of that is to stop unauthorised people drinking the contents (in particular, “servants and younger sons getting at the whisky”),[1]while still allowing them to be on show. The name is a reference to the unsatisfied temptations of the Greek mythological character Tantalus.

Not to be confused with Tantalus, a Greek mythological figure, most famous for his eternal punishment in Tartarus.

(Also, not to be confused with the Tantalus Field of the original Star Trek, season 2, episode 4, Mirror, Mirror. Bad Kirk)

Cast Bronze Figure of a Rabbit 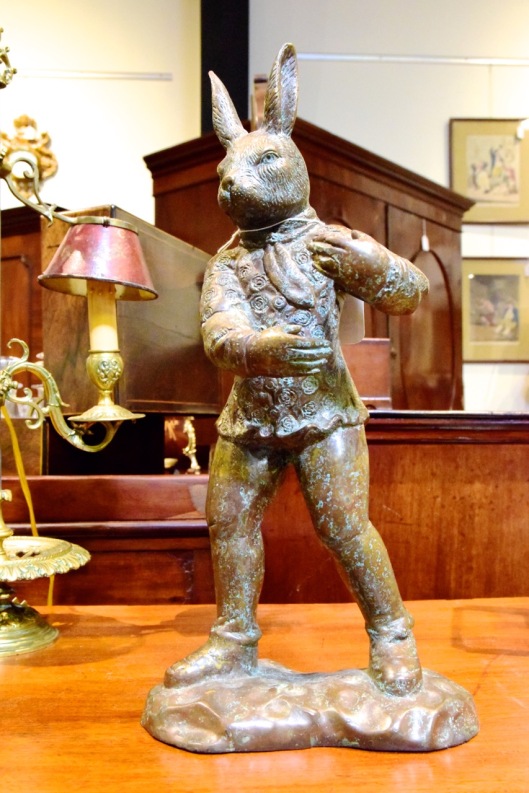 What was he holding? Could it be a Confederate rabbit? A Federal rabbit?

7 thoughts on “Amusements From an Auction.”