For me, one of the highlights of the auction season is the Country Store Auction in Mebane, NC. Not much in the way of furniture but tons of interesting stuff. The focus of the auction is things found in a country store, the merchandise found there-in and advertising of all sorts. 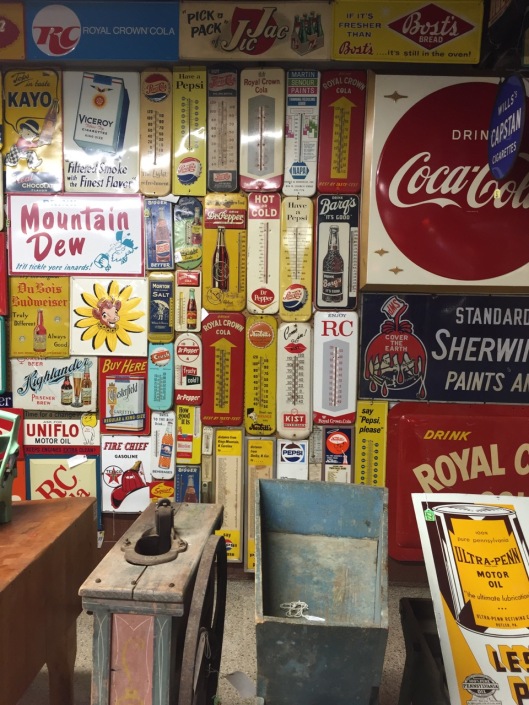 Does anybody know what time it is?

Lots of stuff of all varieties.

And tobacciana. Those were different times. 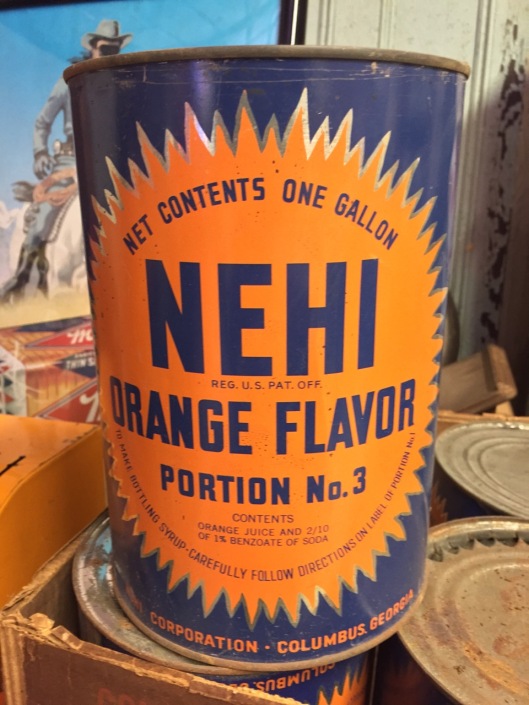 When you say NEHI, I think quality.

Possibly more information than you wanted.

Then the are some adult drinks (non-alcoholic):

Before there was Starbucks… 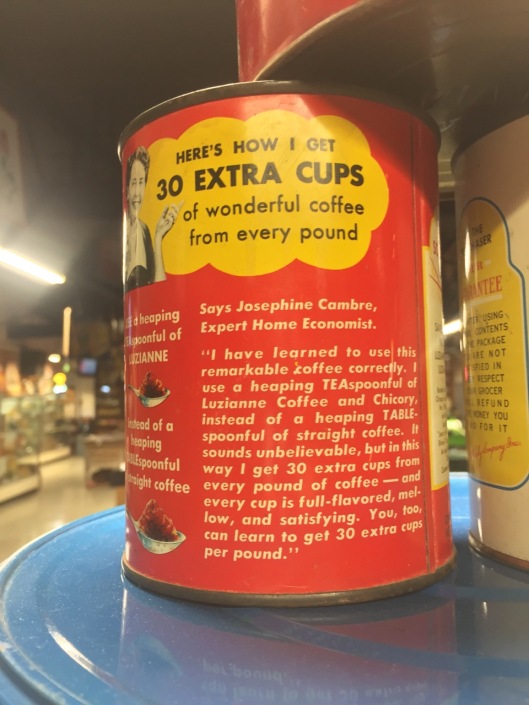 Chicory, the greatest coffee extender. And this from Josephine Cambre, Expert Home Economist.

There was also other the counter remedies: 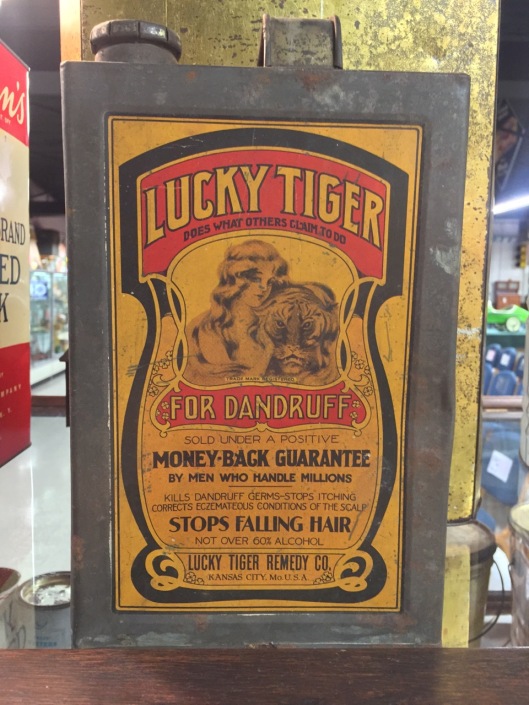 No trip to the store would be complete without your gallon of Lucky Tiger, For Dandruff.

But, by far the largest category is something you don’t eat. Directly. I hope.

Also available in smaller sizes for home use. 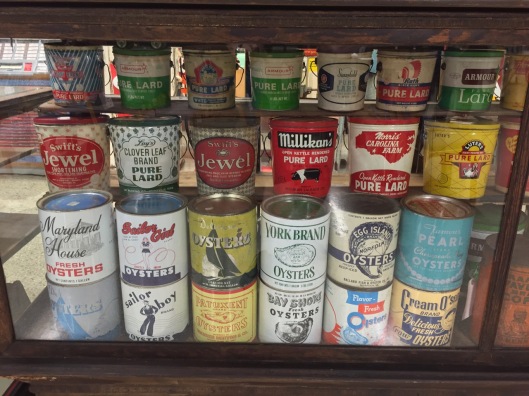 And seafood. Love them canned oysters. And lard.

One thing this display points out is that there are no longer local brand in the number there once were. Consolidation has killed off local and regional brands. That and people used to buy a lot of lard.

You would need to buy one of these:

Several to choose from.