It started with the best of intentions. I was looking for a project for the Monday night woodworking group that often meets in my shop, the Hillsborough-Orange Woodworkers. I’m always looking for something relatively challenging, interesting and potentially useful.

It was with some excitement (a bit of an exaggeration) that I saw plans from Chuck Bender at 360 Woodworking for a dovetailed nail carrier/box. I showed the plans to a few members. There was some interest so I proceeded to the next logical stage and built a prototype. 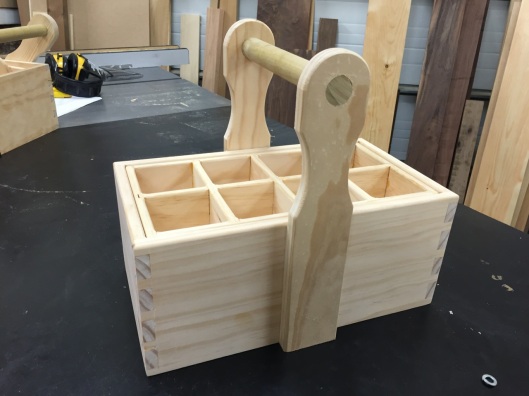 The members liked the prototype but then the discussion turned to making something actually useful that might hold nails. The prototype as built really was not suitable for holding an assortment of boxed and loose nails. I pointed out that argument was moot in that I could not imagine any who built it actually using it for nail storage and cartage. I was ignored and the dissenters marched forward with ideas and notions of their own. Two trays with handles in the upper section, a tilting handle for easier access to the lower section….

To save face, I built a second prototype incorporating their ideas:

I thought this is what they wanted.

I presented Prototype II expecting praise and adulation. Neither was forthcoming. It seems the criteria I missed was the ability to be converted into a beer carrier. I don’t drink so it never occurred to me. What did occur to me was that converting it to a beer carrier would make it much less likely to ever be exposed to a one pound box of 6-Penny bright steel smooth shank box nails.

At this point, I yielded the project to Ed Brant, the head of the loyal opposition. He built his interpretation of the project and was followed by several other members.

This is what they built:

As you see, it holds beer.

And it holds nails.

The top tray lifts out and can be replaced with one that holds more nails.

Did I mention the handle tilts?

And apparently this is what passes for beer in these parts: 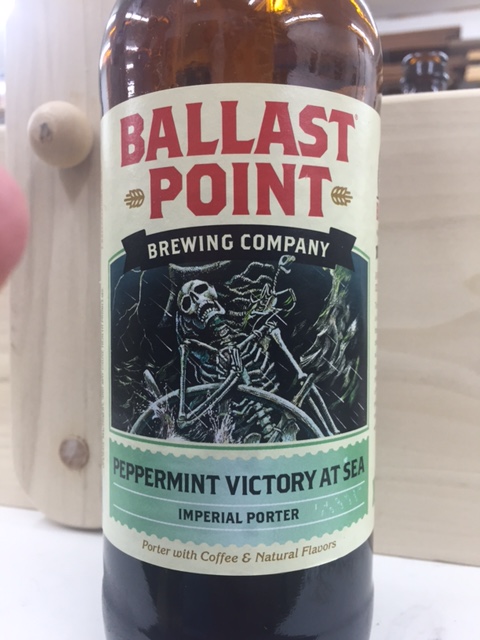 I don’t drink. I wouldn’t know.

Well, this time I only built two prototypes of something for which I have no use.

There are several levels of auctions in my area. This is about one of the ones that I classify as moving stuff from one basement to the next. Mostly ordinary stuff that one typically finds at thrift shops or flea markets. Still, I check out the pictures on Auction Zip on the chance that something interesting shows up. It happens.

One day I saw a clock that looks like it could be an Arts and Crafts era artifact. It had a familiar shape and reminded me of the Voysey mantel clock that Robert Lang built for the August, 2013 issue of Popular Woodworking.

An original Voysey from the Virginia Museum of Fine Art in Richmond.

Closer to being in the spirit not the execution. It was tapered and had a copper face with clock hands. I went to the preview and realized I was not going to be taking their clock home. Firstly, the thing was metal:

A bit crudely made.

Metal would necessarily be a disqualifying issue but a quick look at the back showed me it was not old:

And the welds were really bad.

Having spent the time driving there, I felt the obligation to take a quick look to see if there might be anything of interest. There were a few things that were mildly interesting.There was this large and odd hall table:

There was this French server/sideboard: 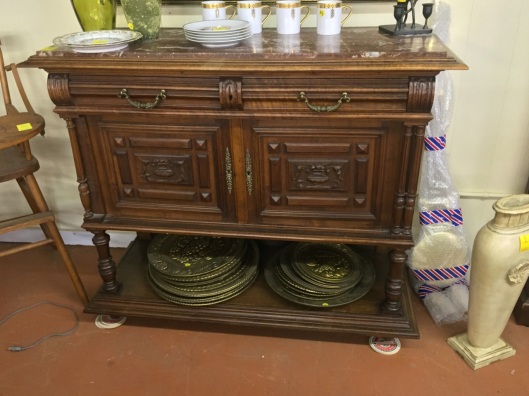 To start with, it’s oak.

It is dovetailed and has that unique French lock the secures two drawers with a single lock mechanism, bolts head out in both directions from center: 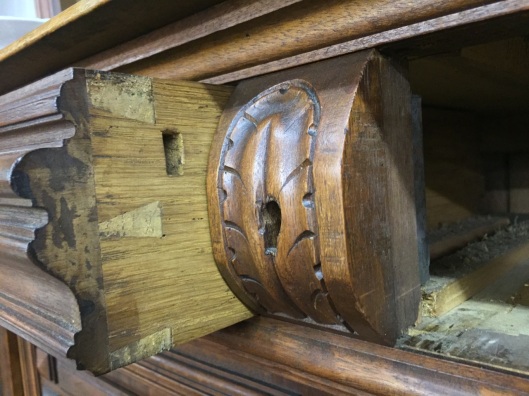 I will stop writing about this lock as soon as you guys give me the proper name and/or a source for this lock.

And these back drawer dovetails I have only seen in French furniture:

An odd way to make a drawer. Odd but not rare.

Looks French to me.

The only other interesting piece was the rather large monstrosity: 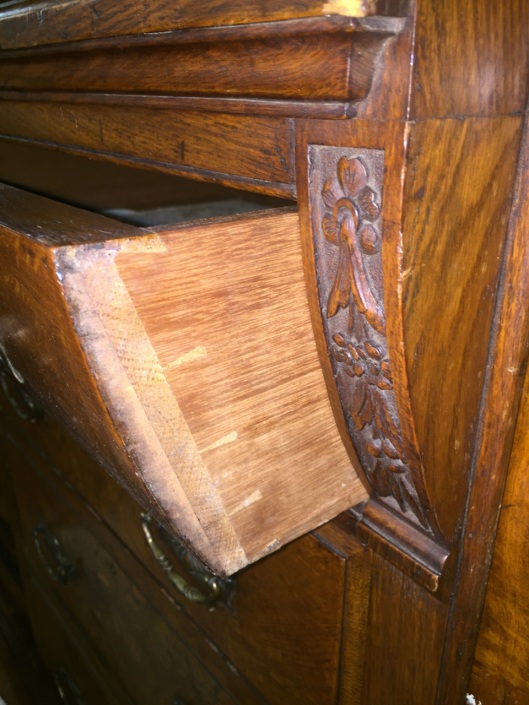 And a little bit of unique hardware:

They don’t brass plate like they used to, thank heaven.

Nothing outstanding but I had to look.